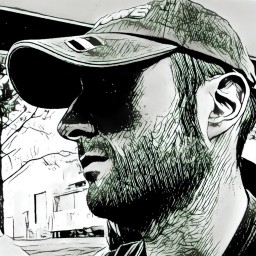 According to the official documentation, an exception is “an error detected during execution not unconditionally fatal”. Let’s start the interpreter and write:

As you can see we asked the interpreter to divide the number 5 by 0. Even if our request was syntactically correct when the interpreter tried to compute it, it “raised” the ZeroDivisionError exception to signal us that we asked something impossible. There are a lot of built-in exceptions in the base library to handle a different kind of errors (system errors, value errors, I/O errors, Arithmetic errors etc…) and to know how to handle this kind of errors is very important for every Python developer.

Handle an exception means to define what to do when a specific exception happens so that the execution can proceed smoothly.

The basic way to handle an exception is by using the try statement. Basically, we need to specify what we want to do, which kind of exceptions we do expect and what to do when one of these exceptions is raised.

To make an example, let’s say we want to open a file to read it and show its content. To accomplish this task we can write this script:

The problem is: what happens if the file myfile.txt does not exist? Let’s try…

Well, we get a FileNotFoundException and the execution stops. So, to handle this exception we could just modify the code as follows:

Now, executing the script again, the result would be:

It’s worth to be noted that we can use more except clauses for a single try block. For example, the code could be modified as follows:

Here’s the complete hierarchy as it appears in the official docs:

Finally, you can have the need to execute some code after the try block is executed, whether or not the code in the try block has raised exceptions. In this case, you can add a finally clause. For example:

In this last example, whatever happens, the message “The execution will now be terminated” will be shown before leaving the try/except block.

Now that we know what an exception is and how to handle exceptions, let’s see how is it possible to raise exceptions by ourselves. Look at this code:

In this example, we have created a function that gets input from the user keyboard. If the input is numeric, it just returns the input to the caller, but if it’s not, it raises a “ValueError” exception. Note that in this example, we’re not just raising a ValueError exception but we are also specifying a custom message for the exception. In the except clause, we grab the exception, assign it to the ex variable and then we use the ex variable to print the message for the user.

Another possibility you have is to re-raise an exception once it gets caught in an except block. For example, try to modify the code as follows:

Now, if you run this code and insert a non-numeric value, the execution will be interrupted and you will get this message:

As you can see, in the except block we’ve caught the ValueError exception, we’ve done something (we’ve printed the “Something strange happened…” message) and then we’ve re-raised the same exception we previously caught. Obviously, since there were no other code blocks to catch our exception, the program has exited and the exception has been shown to the console.

So, let’s say that we are coding the software for an ATM, we could need a special “WithdrawLimitError” exception to be raised when the user asks for a too high sum of money. In this case, we can create our custom exception like this:

Now, we can use it in our code just like any other exception.

There are several programming languages where the developer is asked to use exception just to handle “errors” because the handling of an exception can lead to performance issues. Well, the Python approach is completely different. Python internals relies on exceptions (for example, in a simple “for” loop the StopIteration exception is used to signal that there are no further items to iterate) and is encouraged the use of an exception to indicate failures, even when they are expected on regular basis.

So for example, if you have to open a file don’t check whether it exists or not, just open it and handle the exception if something goes wrong. It makes the code more readable, Pythonic, and easier to be maintained.